Types of People Empaths Should Love

Romantic compatibility is of great concern for people. This type of compatibility depends on many things, like circumstance, commitment level of the other person, and timing. These issues can become aunting or even overwhelming to those who are empaths due to heightened sensitivities. Empath is one of those terms that is often misused. Some think empaths are a type of psychic power and thusly, are not real.

Though empaths have been portrayed with paranormal abilities in popular television shows and movies, true empaths are those who simply feel emotions very intensely. This is not just intense personal emotions, but those around them as well. When the emotions from those around them are felt it is as if they are coming from within. As you can imagine, continually feeling a partner’s emotions can be exhausting. This means choosing the right partner can be tricky. Empaths nee to find a partner that can fulfill them in healthy ways an must consider many things.

Who is an Empath?

Empaths re defined as people who unintentionally adapt and often adopt the emotions of those who are near them. Empaths ten to comprehend and even process the thought processes of others so deeply that they become part of the empath. The ability itself exists on a spectrum of type. On one end of the spectrum lies those who recognize their own, firsthand emotions and feelings. On the other end is an extreme empathy for others that is so intense it often manifests physically. It is a phenomenon that could be considered psychic or simply subconscious. Many experience it, but often cannot name the cause.

There are certain groups of people in psychic charts that are more likely to be empaths or be identified as such. As an example, those who fall under the Pisces sign are thought to be the most empathetic of all the signs, but in the Myers-Briggs personality test, those who meet the criteria for INFJ are the most empathetic. While empathy is generally accepted and discussed in most psychological arts and sciences, it is still considered abstract enough to be debated.

How an Empath Loves

When an empath loves, it is fierce. Since empaths are such strong facilitators of all emotions, they almost create their own type of passion that is extremely intense. Empaths are also likely to easily fall in love because they can so easily relate to others. When a first meeting occurs, an empath can often focus on all good qualities that are picked up.

However, there are times an empath will become introverted and keep to themselves as a way to protect vulnerability. Since empaths can fall for nearly anyone, what is the best type of person that will not take advantage of their nature?

Love for an Empath

In It for the Long Haul

An empaths nature leaves them highly open to being taken advantage of in a relationship. This is a serious problem because any form of betrayal can be felt deeply and cause a severe wound. Those people who are sincerely searching for long term love, compassion, and trust are those who are best for the empath. Since the empath experiences the thoughts and feelings of others, they can know their partner deeply and understand who they are in life. This can be ideal for both partners. If an empath is treated with the bet types of love and respect, their partner will receive the same. The empath will cherish their partners and flourish as they discover their commitment is matched.

Empathy is strongly associated with feeling and instinct so an empath struggles to remain logical in situations about romance. An empath will depend on their intuition the majority of the time, which can be beneficial, but also comes with downfalls. Those who are analytical or even clinical most of the time would match well with an empath because they see the world in such a straightforward way. This can help an empath to put feelings aside for a moment to face reality. This “opposites attract” type of situation can alleviate stress for an empath as they learn to see a bit in black and white.

Love is mostly about being understood by the other person. Empaths have an advantage due to an ability to do just that to a great degree. This means, finding someone with similar outlooks is often a good sign for romantic compatibility. If clear communication is present with genuine affection, then a dynamic relationship can be created. However, if one or both people are not emotionally mature, then a roller coaster of emotions can become too intense.

This can also be stated about those who are super generous or sensitive, even if they are not an empath. Still, anyone with a sensitive disposition can easily get hurt in a relationship. Though this type of relationship is worth considering, maturity levels are important on both sides.

Falling in and maintaining love is never cut and dry. This is even more true for someone who is an empath. It is never easy to know if someone is ‘The One’, but the best way to try to make it work is to be considerate of and highly aware of another’s feelings. Empaths are great at this because of their capacity for love. In the end, empaths love to love and being loved. This just has to be accomplished in a healthy way. 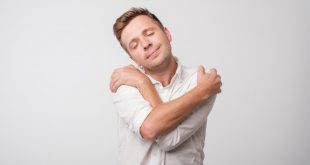 How to Deal with Selfish People in Your Life

Everyone that is in a relationship has to give and take. What happens if you …