Home / Love & Relationships Blog / How to Locate an Old Flame

How to Locate an Old Flame

It’s been a very long time or maybe decades since you were in touch, but you still can’t get her out of your mind so maybe it’s time to locate her. I listed some ways you may be able to meet your old flame.

There are various web sites that provide a lot of public domain information about US residents. This includes their phone numbers & address histories, aliases and maiden names, marital records, jail records, bankruptcy records, photographs and probably more information than you need! 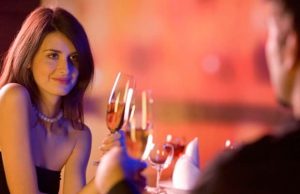 “It is better to have loved and lost than never to have loved at all.” We’ve heard this one often enough, but those who have actually loved and lost may wonder if this guy knew what he was talking about. It’s not easy dealing with the pain and heartbreak after things don’t work, entrusting your innermost thoughts and desires, only to see the relationship eventually fizzle out.

But whoever said this was also talking about the wealth of experience loving someone brings. When you’re in it, the euphoria and happiness you can experience is unlike anything else. You could be walking on a cloud when everything is hunky dory. It may take you some time to get over the initial pain and grief when things don’t work out. But later on, when you look back on the time you spent with the one you loved, it often brings back fond memories. And in some cases, a whole lot of regret. Things left unsaid, moments you didn’t make the most of.

In some instances, memories of what could have been keep haunting you. Initially you seem to have got over a particular relationship and moved on, but suddenly the face of the one you loved and lost keeps resurfacing. And you just can’t seem to erase the image. Maybe it’s something that triggers it off or maybe it was always there, buried under the surface while you were seemingly happy and trying to get on with your life. And once it does, it just won’t go away. You desperately want to reconnect with your lost love. It could be a year or two or maybe even a whole lot more than that. And now, you’re wondering how you will track him/her down. Here are some ideas:

This is the first and most obvious place to look. But you’re banking on the fact that she hasn’t got married and changed her last name or moved states. This method has a higher success rate if it hasn’t been too long since you were seeing each other.

Sift through your phone book and see if you can come up with the numbers of any of her cousins, aunts or uncles you might have struck up a rapport with. You just might have jotted down the number and although, you never had the occasion to use it before; this is the opportune moment to use it!

Especially a really close pal of hers whom you know she would have kept in touch with. Despite moving places, there is often that one bosom buddy who we don’t like to lose touch with. If you’re lucky enough to have recorded the number on your cell phone, speed dial that number now!

This one’s a cinch if you can afford it. More so, if you have tried other methods and met with little success, you might feel that desperate situations warrant desperate measures. Make sure you hire someone reliable or better yet, whose reputation precedes him.

With technology and computers playing an increasingly important part in our lives, it is only natural that many are resorting to the Internet, as a medium for reconnecting with old friends, family and lost loves. There are many sites like Reunion.com, Classmates.com, which have had amazing success stories. Orkut.com, a social networking site run by Google especially has a large membership base. You could be one of the astounding statistics that successfully locate your lost love and make it work!

Again, if it’s just been a couple of years and you know he was really content with his job and not the type to look for a change, it’s a good place to locate him. If it’s been longer, you may still be able to contact his co-workers and find out where he moved, especially if you remember him being particularly close to one of them.

If you were dating in college and split shortly thereafter, you might be able to get her contact details from the alumni records. The information may be confidential though, so you will have to probably get actively involved in organizing a reunion of some sort to be privy to the records. In fact, a reunion is an excellent excuse to meet up and rekindle the spark.

If you’d been introduced to her folks and remember where they lived, you could try visiting the area. They might still live there. Take flowers for her mom, or a box of pastries, to break the ice. Be really respectful and charming and get them to warm up to you. Hopefully your break up was amicable but if not, you’ve got some serious work to do.

Tell them what you’ve been up to, how successful you’ve been, etc. Try and impress them. And sound really convincing when you tell them how much you’ve been missing their daughter and would like to get in touch with her again. If you hurt her badly, or it was your fault you broke up, they may not see their way to giving you her number. Try for the next best alternative. Ask casual questions to ascertain where she works, or get an idea of where she might live, or even if she’s in touch with any old friends whose number you may still have.

9. The street where she lived

Visit the area where she used to live. Chances are slim she may still be there, but she just may be in touch with one or more of her immediate neighbors. You may even know that she was close to one of them so check on if they still live there and pay them a visit.

If you’ve got the gumption for this one, there are even reality television shows that are reuniting lost lovers after decades. But be warned, if your lost love doesn’t share your feelings, you could be setting yourself up for heartbreak and public humiliation. Be prepared for that!

These are just some possibilities to locate your lost love. But if it’s been more than a decade since you were in touch, it might be a tad more difficult. Like Chad, 40, an advocate who felt something was missing in his life. He’d been married, had two kids, divorced and despite phenomenal success in his field, was feeling the lack of a soul mate. And for some reason he’d been increasingly thinking of Beth, his high school sweetheart and his first love. “We’d had some amazing times together. There were ups and downs in our relationship, as in any other, but we were good together,” he says. He even recalls an aborted pregnancy, which only made their relationship stronger. But eventually the family was relocating and since they were too young to make a commitment, it took its toll on their relationship.

Then suddenly one day, at a conference, Chad bumped into Sally, Beth’s kid sister. He took it as a sign and immediately went up to her and did the ‘remember me’ routine. He steered the conversation round to Beth and discovered that she’d been widowed, with no kids. And the best part was that Sally thought he’d be good for her, and willingly gave him Beth’s contact. “I lost no time in tracking her down and can you believe, it the old magic was still there! We had a few dates and realized we didn’t want to lose any more time. We just picked up where we left off,” says Chad .

So even if you’ve lost your love and can’t seem to locate her again, don’t lose heart. Despite always hearing that we have to carve out our destiny, there is something called fate and a Divine Power. If you were meant to be, somehow, somewhere, sometime,.you will!