Home / Love & Relationships Blog / Are You Begging For Love?

Are You Begging For Love?

It is the security and knowing that you are wanted and loved is a spectacular feeling. There is something special when you know someone is willing to make an effort to be with you. The only problem is when the wanting gets out of control. If it becomes a game, it may not end well.

Some women like the idea of a man wiling to chase after them. Movies and television have been filled with love struck men in hot pursuit of the woman of their dreams. Entire realty shows have been built on the idea of having men compete to win “The Bachelorette.”
Hunting for Love? 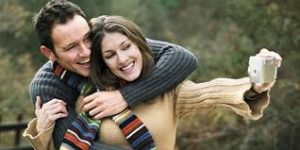 Our culture has turned chasing love into a romantic myth so powerful that it literally becomes a definition of romance. Witnessing men go wild doing “crazy” things to win the heart of a woman, even engaging in fights, this is all part of ideal love, at least for some.
The only problem with creating a scenario where your Romeo must run though fire and ice to get to you is that the chase may end in disappointment. After all the expectations, demands and hurdles have been conquered and your finally together, there is the very possibility that the hunt was far more interesting than the prey.
Building anticipation means building expectations. If the expectations he has are too high after the courting, dinners and gifts have been given, the prize at the end of the rainbow may seem, well lacking, even boring. The chase was fun, the victory, not so much. Another down fall with turning love into a “come and get me” game is that your brave hunter could be a real loser desperate for love.
Begging for Love?
Men of substance, character and back bone, are more than likely not willing to debase themselves, even for love. Few men of worth are simply going to jump, sit and wait while feelings and warmth are distributed like treats to a hungry dog. Proud brave men as a rule do not do that.
For someone who just loves to be pursued like a deer in the forest, there is the very real possibility that the man who does everything for you is so weak, so insecure and so insipid that you may have hitched your wagon to a broken-down mule. His desperate phone calls, his need to be around you 24 hours a day, his crying, pleading and neediness can turn from being cute into being irritating. Now you are stuck dumping a man who you know will turn into a basket case when you let him know it is over.
In either scenario you look at finding yourself dumped and discarded, or tied to a loser incapable of being a man. Wanting to be wanted is nice. But, when you turn love into a treat after a long chase, you risk finding real love. In the end, all you may have is a game, and no players.
Share

AllForLovers Blog Moderator
Previous Are You Getting The Right Love?
Next Can A Psychic Help You Win Your Ex Back For Good? 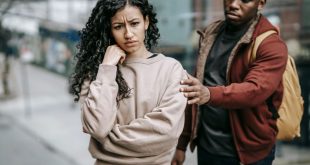