Home / Love & Relationships Blog / Should You Give Up Your Moral Code For A Complicated Relationship?

Should You Give Up Your Moral Code For A Complicated Relationship?

“So I finally met this great guy, he’s different from others, he makes me happy and i want to make it work” Mackenzie told me at the beginning of our reading, “but there are a couple of red flags…”

Mackenzie described her misgivings about this man—I’ll call him Andrew. She was very conflicted since she really liked him, and he sounded okay to me, too. But what wasn’t okay was that she had crossed a moral boundary for him. She had all kinds of rationalizations and really wanted me to tell her it would be fine if she let her own values slide. But I couldn’t.

It’s common for clients to call with these kinds of dating dilemmas. They’ve been in the game awhile, they finally meet someone great, but there is just this little something that isn’t right. And I’m not talking about “he’s too short” or “she’s twenty pounds overweight.” Usually, the biggest problems arise when the new love interest asks my client to do something they feel uncomfortable with. This can involve sexual activities, bringing in additional people to the relationship, lying, or even committing crimes!

I’ve heard it all. And there is almost never a time when you should compromise your own moral code for someone else. 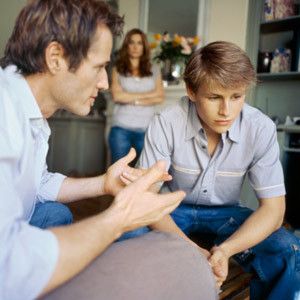 Mackenzie’s situation was complicated. Andrew was separated from his wife, and he told Mackenzie that they had agreed to see other people. This wasn’t true, however, so when the couple ran into Andrew’s wife unexpectedly, he lied about who she was and asked Mackenzie to go along. She did—no big deal, right? But it didn’t make her feel good. They had a talk about it and moved on.

The next time Mackenzie had to lie for Andrew was when his wife brought by their daughter—again, unexpectedly—to his apartment. Mackenzie had spent the night and opened the door when they arrived. Andrew lied—probably ineffectively—to his 9-year old, telling her that Mackenzie was a cousin. He made Mackenzie leave—“bye, great to see you after all this time!”—and again asked her to play along with the deception.

Mackenzie was rationalizing like crazy in our session. “He’s so great—other than this.” She insisted.

“But how do you feel about the lying?” I asked.

“Well—obviously, it’s not cool. I mean, I pride myself on honesty. I don’t lie—especially to people I love!”

But she stayed in the relationship anyway, and when she called a month later, things had gotten worse.

Crimes of the Heart

Unbelievable as it may sound, by our second call, Mackenzie had stolen money from her sister for Andrew. It shouldn’t have come as a surprise: twice they had been out to dinner and Andrew had engineered ways to leave without paying, and he had also “borrowed” money from her which he had yet to repay.

“He’s having a hard time since the separation,” she said. “I get it. It takes a while to adjust to a single income.” So, it made perfect sense for Mackenzie to steal for him, didn’t it? At this point, Mackenzie was miserable and guilt-stricken. She was furious with herself for crossing her moral code time and again, but she was also in love with Andrew. “He just needs help. A little forgiveness. It’s a tough time,” she kept repeating.

In our reading, I saw that Andrew had multiple energetic cords with Mackenzie, so I gave her some techniques for removing them and for developing psychic protection. I told her that the transgressions would only continue now that he knew she would break the law for him. In addition, I drew two Tarot cards for the situation and wasn’t surprised to find the King of Swords reversed, alongside the Devil.

“You’ve got to look into your own fears here. Why are you willing to do this for him? Are you codependent with him? Unwilling to say what needs to be said—which is ‘no?’ How are you going to answer for this money you stole from your sister?”  I invited her to really take a look at her motivation for being with him.

Why is Morality Important?

Though many people don’t draw their sense of right and wrong from religion, there is a kind of universal code most of us follow. I have my own sense of morality based on the laws of karma—or cause and effect. If I don’t want to experience being lied to, I shouldn’t lie. If I don’t want to be stolen from, then it’s best I don’t steal.

Yet often, my clients feel that in order to find love or keep someone around, they have to compromise what they feel is right. They believe that little exceptions won’t matter, but this almost always leads to bigger ones. Mackenzie’s tale is extreme—most of my clients find themselves crossing sexual boundaries for another—but it’s not the only story I’ve heard.  Mackenzie finally drew the line with Andrew, and he dumped her. She was upset but also relieved and ready to take her power back. She returned her sister’s money and confessed about the situation—a brave and freeing step that was also the right thing to do.

You have a sense of right and wrong, an innate ability to know what is good for you and what isn’t. When you don’t honor your inner compass, you will create guilt, negative karma, and situations you’d rather not be in. We all make mistakes, but compromising your own values and morals won’t make you happy, and in the end, it won’t secure love.

AllForLovers Blog Moderator
Previous Signs That He Wants More Than Friendship
Next Is There Such Thing As Eternal Love? 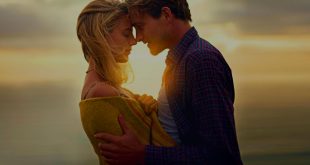 Your Aura Can Block You from True Love