Dating In Your 30’s Is A Whole Different Experience

I recently got out of a serious relationship and was “not excited,”  to find myself back in the dating world in definitely an understatement. The thought of getting back out there made me want to climb into my bed and hide under my covers… FOREVER. It’s a waste of time right? but I have been pleasantly surprised with what I have discovered and realized. In fact, I think dating in your 30’s is actually pretty rad! Here’s why:

You know the power of focus.
A lot of us who are single now in our 30s spent our 20s focused on building careers, traveling, or figuring out who we are and what’s important to us. Now, perhaps we have decided we’d like to focus on building a life with someone, or on having a family. I find that whatever we put our focus on is what we draw in. So, we’re much more likely to draw in the type of relationship we are looking for because we’re a lot clearer on what we want. 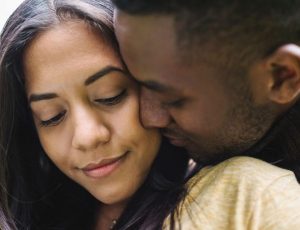 You see the red flags sooner and get out.
Raise your hand if you ended up investing months or years of your life in a completely dead-end relationship because you either rationalized all the red flags away or completely ignored them. (My hand is raised. High. A few times.) These relationships usually do not leave you better than they found you. Personally, I have no time for this anymore. Now, when I see the red flags early on, I don’t move forward with the guy,

You recognize your worth and value.
The reason so many women ignore or rationalize away the red flags is because they feel desperate to be in a relationship. As women, we have been trained by the media, our parents, society, culture, to believe that our worth is based solely on whether or not we’re married (especially by a certain age) or have a boyfriend. So, in our 20s, we may have behaved with a lack of self-respect or self-esteem, and acted needy and desperate in order to validate ourselves through a man. But by our 30s, we have learned to see that our true value has nothing to do with a man or being a relationship.

You have better sex.
We have experienced what we like in bed by now, and aren’t afraid to ask for it. Also, when we were having sex in our 20s, we were constantly worrying if our stomach fat was hanging out, or how our butt looked. By our 30s, we care less about how we look and more about just straight up enjoying it.

You know what you like and what you believe in.
We believe in past lives, we yell VERY loudly when we get excited about something, we like Star Wars, going to bed by 10:00 p.m., and finding the perfect wine (to the point of sometimes being called a “wine snob”) and I — oops I mean, we — have no need to hide or change those aspects of ourselves. We don’t need to pretend that we are into things like camping, sports, or certain bands or food the way we we may have done in our 20s to try to get a guy to like us (it always come back to bite us in the ass anyways). We know our stance on politics, religion, and spirituality, and we don’t need to hide it or pretend otherwise. In fact, sharing certain beliefs and feelings in an open, non-judgmental way allows for a depth to develop between two people and makes for interesting and enlightening conversations.

By our 30s, we learn that we’d like to base and build a relationship on TRUTH, and if the guy doesn’t like who we are, then he’s not the right guy. As the wrongfully attributed Dr. Suess quote goes, “Be who you are and say what you feel, because those who mind don’t matter, and those who matter don’t mind.” (actually, a dude named Bernard M. Baruch said it).

You know which guys you can have casual sex with and which guys you can’t.
There are some guys we can be totally fine with having as a sex buddy or booty call; we know we won’t get attached and that he’s not someone we want to develop a relationship with. But then there’s the other type of guy who we could actually see something long-term with. A guy we know we could probably fall head over heels for. That guy, we can’t just have no strings attached sex with. We’ve tried that. And we’ve ended up heartbroken, feeling used, and because of it spent who knows how long off the market, which kept us from meeting a good one who actually did want a relationship with us.

You know that relationships are meant to make both people better… and that, sometimes, you shouldn’t immediately jump ship.
I believe relationships are vehicles to help each person become the highest version of themselves. And sometimes, that means there is tension, disagreement, discomfort, anger, and ego. Nothing can trigger our deep-seated fears of abandonment, rejection, and loss of freedom like love. Too often, people jump ship as soon as they are triggered. But I have learned in my 30s that if both people involved care about each other and want the highest good for themselves and their partner, you don’t jump ship at first sign of it. There may be an amazing breakthrough on the other side of it.

You believe in LOVE.
Many of us have had great relationships, but have known that for one reason or another it wasn’t right. I know both men and women who have gotten married to someone they weren’t sure was right for them or if they were in love with simply because they felt like it was time for them to do it and that they were supposed to. Many of us in our 30s who are single have had the opportunity for that kind of marriage (or perhaps, even were married), but knew in our hearts that there was so much more. There is a part deep inside of us that believes in “real, ridiculous, inconvenient, consuming, can’t live without each other love,” to quote the famous Carrie Bradshaw. If we didn’t, we would have settled a long time ago. 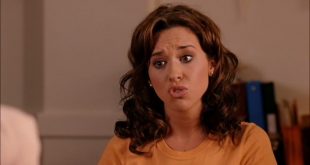 When People are Jealous

When you see green or are jealous, this is not a statement that anyone wants …